Following the federal passage of Title IX and a series of legal challenges at the state level in the 1970s, a 1983 lawsuit contesting 6-on-6 as discriminatory shifted girls’ basketball in Iowa towards the 5-player, full-court game. In response, the IGHSAU offered both 5-on-5 and 6-on-6 girls’ state basketball tournaments between 1985 and 1993. As the era of Title IX and organizations such as the Association for Intercollegiate Athletics for Women (AIAW) began to provide greater opportunities for girls and women in sport across the U.S., Iowa’s larger, urban schools expanded their athletic offerings. Previously lagging behind their rural counterparts, their rapid adoption of the 5-player game contributed to the changing profile of Iowa girls’ basketball from a predominately white, rural game to one more racially and ethnically diverse.

The early adopters of 5-on-5 basketball rules were primarily girls’ teams from schools in or around larger, urban areas with a greater percentage of non-white population. Non-white includes individuals self-reporting as either black, American Indian, Asian or Pacific Islander, or of Spanish/Hispanic origin. Population and demographic data retrieved from the 1990 U.S. Census. Tournament qualifying teams retrieved from IGHSAU records. [Map created by Rob Shepard, Digital Scholarship & Publishing Studio, University of Iowa Libraries] 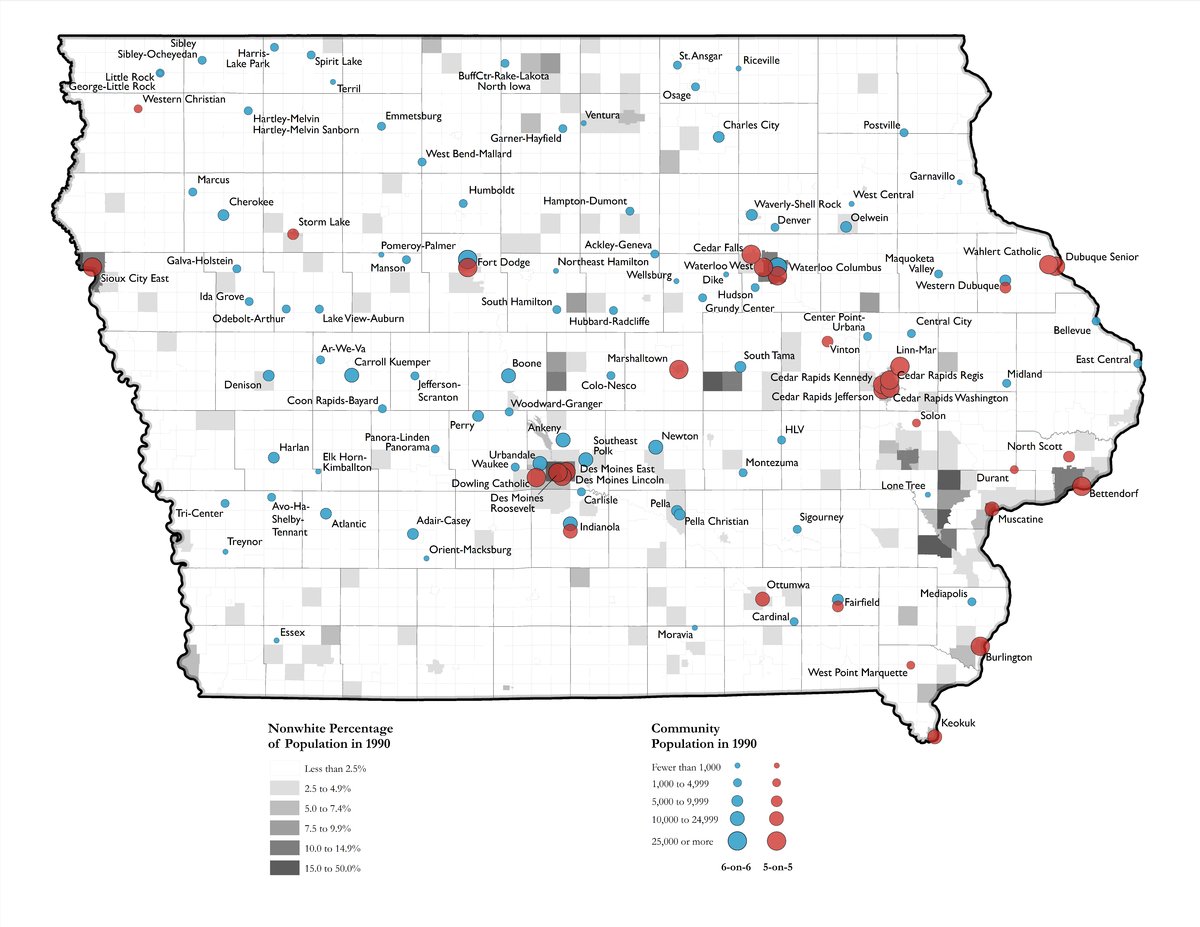