Basketball player from Ida Grove, Iowa, who was elected to the Iowa Hall of Fame in 1972.

Biographical Note:
Sarah Alien Longchamp, an early Iowa women's basketball player, was born on March 18, 1911 to Mr. and Mrs. Matthew Maurice White in Ida Grove, Iowa. Longchamp's high school career as a basketball player began when she was just four years old as a mascot for her older sister's team. During her career Longchamp was a player on two of Ida Grove's state championship teams in 1928 and 1929. This success during high school led to her induction into the Iowa Women's Basketball Hall of Fame on March 11, 1972.

Early in 1942, Longchamp began to work at the Department of Terrestrial Magnetism of Carnegie Institute in Washington, D.C. then went to the Applied Physics Laboratory at Johns Hopkins University, Silver Springs, Maryland which she left in January 1943 to join the Navy. This led to a military career culminating in the rank of Commander in 1957. In this capacity she worked on the production of radio proximity fuses and from 1957 to 1959 on the Polaris Program as a contract specialist.

On January 23, 1960 she married Francis Michael Longchamp in Washington, D.C. The Longchamps moved to Omaha, Nebraska, in 19xx. Sarah Longchamp died on December 31, 1996.

The Sarah Alien Longchamp papers date from 1911 to 1997 and measure 7 linear inches. The papers are arranged in three series: Scrapbooks, Basketball, and Biographical information. The collection documents the tradition of Iowa women's athletics, specifically basketball, and also chronicles Longchamp's high school career and trip to Europe in 1938.

Biographical information (1911-1997) includes Longchamp's birth announcement, high school diploma, a letter from a State University of Iowa advisor, her wedding announcement in the Ida County Pioneer Record, and a copy of the program for her memorial service on January 4, 1997.

The Scrapbooks series (1915-1941) consists of three scrapbooks with the bulk content from 1924-30 and 1938. They include a number of school and theater programs, letters, postcards and mementos. The series also has numerous photographs including a picture of Longchamp in 1915 as her sister's basketball team mascot.

In addition, the scrapbooks contain articles on Longchamp's nomination as eleventh district entry for Most Representative Girl for the Drake Relays Princess at Drake University's spring festival and dance in 1928. There is also memorabilia from the Kappa Alpha Theta convention in 1940, society columns and articles about World War II.

The Basketball series (1960, 1971-1972) includes articles about Longchamp and her niece Colleen White, both from Ida Grove High School. It also includes articles, a letter and pictures from Longchamp's induction into the Iowa Women's Basketball Hall of Fame. In addition, there is a program from the 1971 girls' state basketball championship in this series.

The papers are open for research. Copyright has been transferred to the University of Iowa. 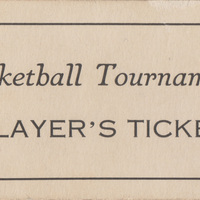 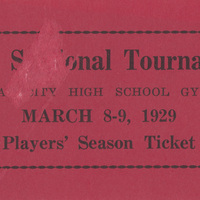 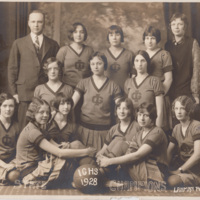 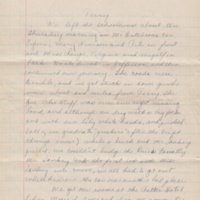