Professor in the College of Education at Iowa State University until her retirement in 1994. Materials relate to the history of sports and particularly the participation of women and African-Americans in Iowa sports.

Biographical Note:
Janice A. Beran was a professor in the College of Education at Iowa State University until her retirement in 1994. In 1992 she was the first to ever win the Central District Scholar Award from the Central District Association of the American Alliance for Health, Physical Education, Recreation and Dance. Beran has done extensive research on Iowa sport history, particularly on women and African Americans. Her research on the history of Iowa girls' high school basketball culminated in a book published in 1993, From Six-on-Six to Full Court Press: A Century of Iowa Girls' Basketball (Ames: Iowa State University Press)

The Family History series (1998) consists of a family history written and published by Beran about her parents and family.

The Manuscripts series (1975-1993) contains manuscripts of articles written by Beran. Two of these manuscripts, "Playing to the Right Drummer" and "Iowa, the Long Time 'Hot Bed'of Girls' Basketball," are drafts of articles that were later published; reprints of these articles are in the Reprints series. The drafts are somewhat different from the final versions. A nearly complete manuscript for Beran's book From Six-on-Six to Full Court Press: A Century of Iowa Girls' Basketball, published in 1993, can also be found in this series.

The Reprints series (1981-1991) includes photocopied articles by Beran that were published either in journals, books, or both.

The Speeches series (1988-1993) consists of speeches presented by Beran at professional conferences, including the North American Society for Sport History and the American Alliance for Health, Physical Education, Recreation and Dance. One of her speeches was made in acceptance of the Central District Scholar Award.

The Commentary series (1993) is a newspaper article that Beran wrote just days after the announcement that the Iowa Girls' High School Athletic Union had voted to end six-on-six (six-player, "girls' rules") basketball.

The Research Files--Girls' Basketball series contains information Beran compiled while researching Iowa girls' high school basketball. These files include photographs and illustrations used in her book, From Six-on-Six to Full Court Press: A Century of Iowa Girls' Basketball, as well as newspaper clippings, oral history notes, personal correspondence, and information on girls' basketball in various Iowa towns and in other states.

The Iowa Girls High School Athletic Union (IGHSAU) series (1944-1993) consists of publications and documentation produced by the IGHSAU, including the Iowa Girls' Basketball Yearbook (1944-1964), State Tournament Programs, a media press guide for the 1993 State Tournament (the last to feature six-on-six basketball), and Constitution-By laws for the IGHSAU. Some of the yearbooks are missing parts of pages.

The papers are open for research. Copyright has been retained by the donor.

Guide to the Janice A. Beran papers: http://collguides.lib.uiowa.edu/?IWA0149

Items in the Janice A. Beran papers Collection 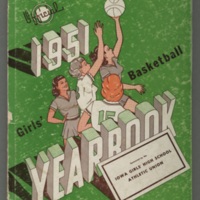 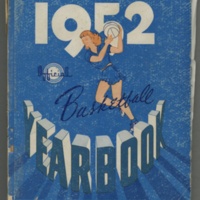 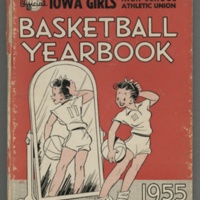 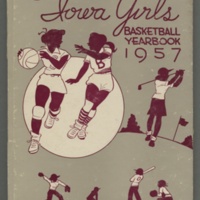 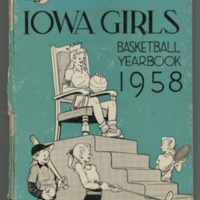 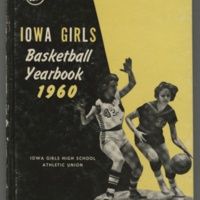 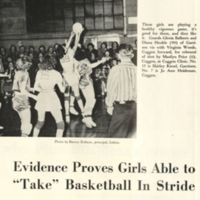 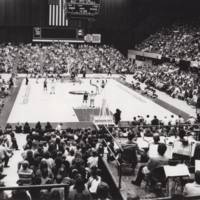 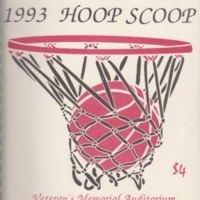 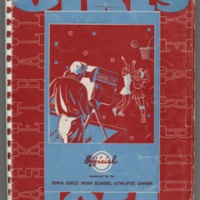